Programs at the Library

Wu-Tang is for the Libraries

Wu-Tang Is for the Libraries is an on-going celebration of one of hip-hop’s most important and influential groups, beginning with the ongoing Wu-Tang Blackout Poetry Challenge.

Blackout poetry, also known as erasure poetry, is a form of verse by elimination. A sort of remixing of existing text by eliminating words (for instance using a sharpie to black out select words, leaving only the words you choose in order to create your “remixed” poem). For the Wu-Tang Blackout Poetry Challenge we encourage patrons to create blackout poetry from the lyrics of Wu-Tang songs. We have included a downloadable PDF of suggested verses, and welcome you to explore the group’s lyrics on your own to create your entries. Remember, this is a public library so please make sure to black out the inappropriate language in your chosen verses (we’ve taken care of the ones in the PDF).

Once you have created your blackout poem(s) you can tweet them to us (@JCLS_Tweets) or bring them to the Medford Library and get a special sticker and/or poster (while supplies last)! We’ll also be featuring select entries on our social media accounts so make sure to include your name somewhere on your entry if you want recognition. You can even give us your Twitter or Instagram handles so we can tag you!

Want to learn more about blackout poetry? This article at Bustle is a great starting place.

The Wu-Tang Clan, who named themselves after the 1983 martial arts film, Shaolin and Wu Tang, was originally comprised of nine members: RZA, GZA, ODB, Method Man, Raekwon, Ghostface Killah, Inspectah Deck, U-God, and Masta Killa. All of these artists have created a pantheon of work outside the group as well. You can find many of their albums on Hoopla: Wu-Tang Clan

We will also be adding a number of albums and books about the Wu-Tang Clan to our physical collection as the year progresses, so keep an eye out! 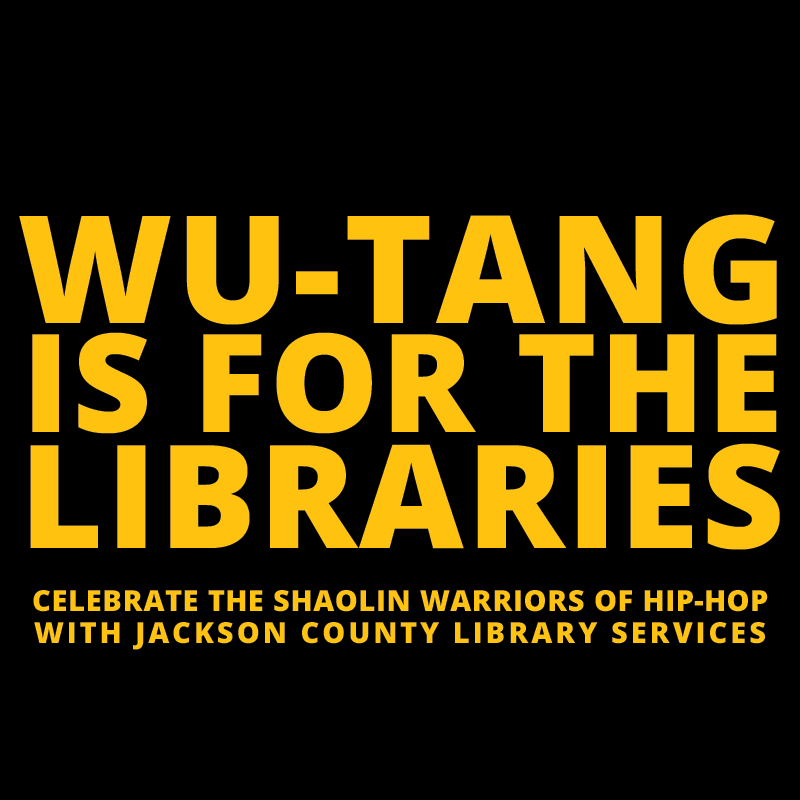