Skip to main content
All JCLS locations are closed until further notice due to the coronavirus pandemic. Holds and due dates of library materials will be extended during this time.
Learn about our online resources, such as eBooks, audiobooks, and streaming movies here. More Information.

What's new, what we like, and other miscellaneous musical ramblings ...

"Writing about music is like dancing about architecture." Elvis Costello

The release today of the full Amoeba Gig from 2007 got me thinking about something I've expressed verbally, but never put in writing.Those four reasons would, in actuality, be four songs that illustrate our theme; what makes MCca different from other aging rockers from the same generation? It's really the same thing that helped make the Beatles what they were - they never stood still, and neither has McCartney.

This song is completely timeless. I remember listening to a DJ in about 1977 or 78 describe it as sounding fresh, and more than 40 years later that's still the case. In fact, the currently playing film Yesterday is entirely built around that premise, that if everybody forgot the Beatles and heard those Lennon/McCartney songs for the first time in 2019 they'd still resonate.

It always sounds like McCartney, but it isn't the same old same old.

There was that Kisses on the Bottom thing, but he's not backing down either.

Sometimes there's an inevitable Beatleness about Sir Pauls tunes (2013's New) but this one sounds like what it is - a pop song from 2018.

Eric Molinsky selects and purchases music for JCLS. He considers himself a musician, since he once sold a guitar because he needed the money.

Find It On Hoopla 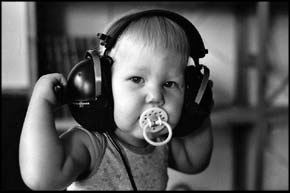