Skip to main content
It looks like you're using Internet Explorer 11 or older. This website works best with modern browsers such as the latest versions of Chrome, Firefox, Safari, and Edge. If you continue with this browser, you may see unexpected results.
All JCLS branches now offer enhanced front door service during regular operating hours. In-branch browsing is unavailable. Limited computer sessions are offered on a first come, first served basis. More Info.

The Five Finalists in each of the four categories for the 11th Annual Children's and Teen Choice Book Awards, the only national books awards voted on solely by children and teens, are:

Teen Book of the Year Finalists 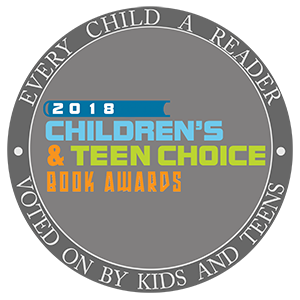 The children's award finalists were chosen in pre-voting by thousands of children from different regions of the U.S., with supervision by the International Literacy Association. Teens nominated their favorite books of the year at TeenReads.com, and their top picks are the Teen Choice Book Award finalists. Voting for the awards will be open online at EveryChildaReader.net/vote from March 1 - May 6, 2018. Teachers, librarians, and booksellers can also collect group or classroom votes to enter online. The winning authors and illustrators will be announced on May 30 at a special ceremony at BookExpo.